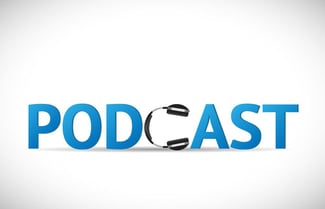 It takes me a fair amount of time to get to some of the client sites I work at, so I'm always looking for interesting podcasts, which are especially useful in areas where audio streams cut in and out. Based on a teaser at the end of NPR's Planet Money podcast, I tried the NPR TED Radio hour (podcast information here), and now I'm hooked.

Hosted by Guy Raz, the show is not just a rebroadcast of the famous TED talks. Rather Raz interleaves excerpts from TED talks with background information and interviews with the speakers. One of the most fascinating was his show with Nicholas Negroponte, founder of the MIT Media Lab. In a talk at the first TED conference in 1983, he predicted (against conventional wisdom of the time) many of the technological choices behind our current environment. For example he predicted the overwhelming adoption of touch as the preferred input method at a time when nobody thought that would happen. I'll have a more detailed appreciation of Negroponte's predictions in a future post, but meanwhile give this a listen. Like TED itself, it's not only about technology, but technologists should appreciate it.