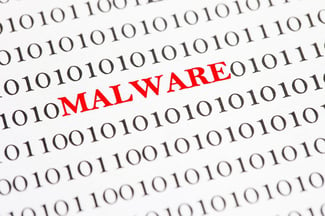 Malware attacks against Point of Sale (POS) terminals came into the collective consciousness with a big splash with the Target breach late last year, and the recent disclosure of data breaches at 51 UPS franchise stores and a major data breach at major chains owned (or recently owned) by SuperValue including SuperValue, Cub Foods, Albertsons, Acme Markets, Jewel-Osco, Shaw's and Star Markets. Last week the U.S. Secret Service warned that over 1000 US business were affected by Backoff, an up-and-coming piece of POS malware. Backoff's method of operation is not new, but is very well executed. Like other POS malware, it installs a memory scraper onto the terminal to capture credit card track data as well as a keystroke logger, establishes communications with a command and control server, and exfiltrates both payment card and keystroke data. The crime syndicates using Backoff have become highly skilled at compromising systems through remote access software in order to establish a "jump server" from which to find and infect POS terminals.

This is becoming an epidemic affecting the US retail industry. While there are no easy remedies, there are some common sense things that business can do to reduce their attack surface:

Finally, let us make a plea to plan the upgrade of your POS terminals to support EMV (chip and signature or chip and PIN) payment card standard sooner rather than later. While chip cards are not a panacea, they are a proven method of reducing POS fraud. There's a reason why this is primarily a US problem.