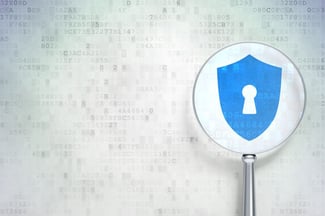 I'm producing a 5 part video series on Data Loss Prevention which will go up on YouTube. Since this is all slides, talks, and demos, it can be pretty low tech. For the demo videos, which I do alone, I use SnagIt on my laptop (which has all the VMs for the demo) and then copy the captured video files over to my Mac for editing in iMovie. Easy and free (since I already own the Mac). What employer doesn't like "free" instead of a request to buy a few hundred bucks worth of video editing software?

However the first video is a dialog with a colleague which we did as a GoToMeeting webinar which we recorded. I then grabbed the WMV to combine with our logo intro and outro, cut out the pregnant pauses and such. That's when the fun began. I tried three or four different WMV->{MP4,MOV} conversion programs, including uploading the raw footage to YouTube. In all cases, the very first slide transition was 10.5 seconds early, which made for a nonsensical presentation. I spent hours trolling the web how to fix out-of-synch audio on converted WMV clips. More tools, no success.

I told my colleague (who is director of marketing and digital media savvy) my tale of woe. I got back a link to Citrix's web site, which has a FAQ on how to edit GoToMeeting video. You have to re-encode it with Microsoft's Expression Encoder to a more edit friendly codec. It turns out that "edit" is actually broader than snipping, enhancing inserting titles and such. It includes any transcoding to another format. If you use the original encoding it stands a good chance of producing an out-of-synch copy.

If you run into trouble uploading WMVs to YouTube (and probably Vimeo as well) you should re-encode with Expression.